How is the Trump administration affecting foreign scientists working in the US?

A Spanish bioscience postdoc on a non-immigrant J1 visa, based in California, who wishes to remain anonymous, shares her perspective as a foreigner in the US in the current political climate with science writer Louisa Cockbill.

We’re now three months into Trump’s presidency.  What effect has it had on you?

On election night I was very disappointed and upset. It was frustrating not to have the right to vote as the political decisions made in this country affect my life. The uncertainty of what happens now is kind of scary. In general I still feel welcomed and still love living here. However, as an immigrant, a woman and a scientist it’s not surprising that I’m a little worried – these aren’t positions that seem to be supported by the administration. I check nearly every day to see if they have decided to change something with my visa or green card applications that may affect me personally. 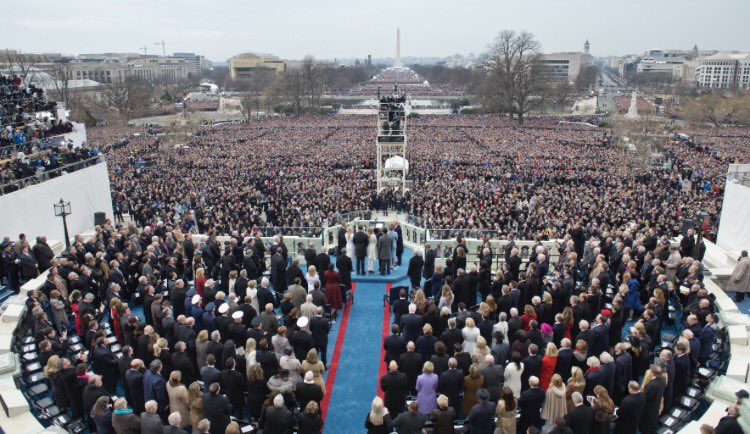 The inauguration of President Trump

How do you think the political situation in the UK and US will affect your career prospects?

My plan is to stay in the US. At the moment, as far as I am aware, there have been no restrictions on bioscience visas, but the administration has spoken about targeting other science groups, such as engineers in Silicon Valley, by changing H1B visa allocation. Maybe tomorrow bioscience immigrants will be targeted.

If they reduce the number of green cards, competition for the cards will increase and I don’t know how they will decide who deserves one. The US attracts a lot of talent and there are a lot of people in my situation, but I’ve never heard of anyone in science applying and being denied. I don’t know whether that will change now.

If I can’t get permanent residency then I will have to reconsider my plan B, which had been England, but Brexit has made my prospects there just as unlikely.

How did you feel about Trump’s executive order banning travel into the US from six Muslim-majority countries?

It’s scary because even people who had legal visas and permanent residency documentation were treated like they didn’t have a right to be here. It feels like no one is safe.

How has your institute responded to the changes introduced since the election?

A rather shy email was sent out after the election in November that was concerned with how funding might be affected, and then after the travel ban another email was sent that advised against foreign travel.

I was surprised that they didn’t state in a slightly stronger way that they disagreed with the way the administration was dealing with, especially immigration issues, as half of the institute’s post-docs are not Americans. I was expecting more support.

Have any of the executive orders affected you directly?

Not so far. I’m guessing that the funding cuts will affect the institute in the long run, but for now the funding for our lab is secure.

How do you think funding cuts will affect science in the US in the long run?

The US is the best place for funding science and if it gets cut here, where do we go? A cut down in science, even if it is only for four years, will have a slow recovery. That is what happened in Spain. It takes a long time to get back up to speed with the rest of the world.

Have you or do you plan to be involved in any protests?

I went to the Women’s March and I thought it was a great experience. I’m planning on going to the March for Science and I’m just generally trying to get involved in politics as much as I can.

What are you hoping to achieve there?

Protests are good because they bring awareness to an issue. At the Women’s March it was great to see so many different people gather together and publicly declare that they are upset. But protests are only the first step, other steps have to be taken to really make your voice heard — communicating with representatives to ensure that they know who you are and what your opinion is. However, without the right to elect I don’t think that my opinion will be considered valuable to politicians and congress. I’m very grateful for the Americans who are getting involved to change things, but it’s very frustrating that I cannot do much.

What are you hoping for in the next few years?

I hope that the house and senate will go back to the democrats in the next couple of years. As for me, I am going to continue with my plan and apply for permanent residency.

Louisa Cockbill is a freelance science writer with a popular science blog at Science FYI.