Ada Lovelace (1815-1852), was an English mathematician and is regarded as the first person to recognise the potential of computing power and programming. Since 2009, the second Tuesday of October has been commemorated as Ada Lovelace day, an international celebration of the achievements of women in science, technology, engineering and maths (STEM). Here we celebrate the stories of five pioneering physicists.

Caroline Bleeker was a Dutch physicist and entrepreneur. She earned her PhD in 1928 from the University of Utrecht, in the Netherlands. Her thesis was on spectral measurements of alkali metals. After her PhD, she started a consultancy to advise companies on scientific instruments. This project then evolved into opening her own factory to produce equipment, particularly focussing on optical components.

During the German occupation of the Netherlands in the second world war, Bleeker hid Jewish people in her factory. In 1944, the factory was raided by German troops, but Bleeker, who spoke fluent German, was able to distract the soldiers while those who were hiding escaped through the garden. After this, the factory was closed down by the Germans and Bleeker herself had to go into hiding for the remainder of the war.

After the war, the factory reopened and Bleeker worked with her long-term friend Fritz Zernike to produce the world’s first complete phase contrast microscopes. They filed the patent on this together, and in 1953, Zernike won the Nobel prize for this invention.

Elizaveta Karamihailova was a nuclear physicist and the first woman to become a professor in Bulgaria. She earned her PhD in 1922 from the University of Vienna in Austria. After this, she worked at the Institute of Radium Studies in Vienna with Marietta Blau. Together, they observed a previously unknown radiation from polonium in 1931. Later, this was confirmed by James Chadwick as neutron radiation, which led to him winning the Nobel prize in 1935.

After further postdoctoral work at the Cavendish Laboratory in Cambridge, UK, Karamihailova returned to Bulgaria in 1939, where she set up the first atomic physics course at the University of Sofia. She no longer had the equipment to continue her previous work on ionisation, and so she turned to studying cosmic rays using photographic plates. In 1944, a left-wing uprising took place in Bulgaria and the authorities labelled Karamihailova “unreliable” due to her anti-communist views. She could no longer travel abroad and spent the rest of her career in Bulgaria. 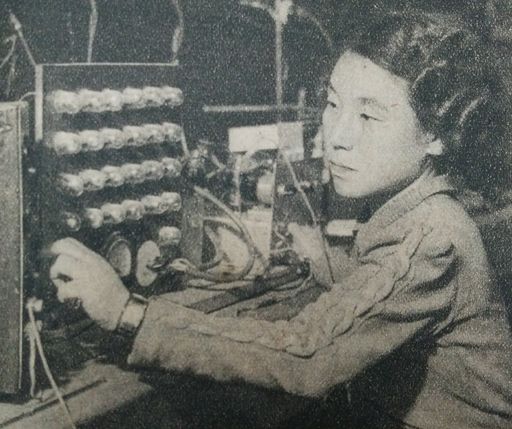 Toshiko Yuasa earned a degree from Tokyo Bunrika University in 1934 to become the first female physics graduate in Japan. She started teaching there and began her research career in molecular spectroscopy. In 1940, Yuasa moved to France to continue her research, despite the beginning of the second world war. She worked with Frederic Joliot-Curie (son-in-law of Marie Curie) on radioactivity, earning her PhD in 1943.

After the Allied liberation of France in 1944, Yuasa had to leave for Berlin, where she built a double-focussing beta spectrometer. In 1945, Soviet troops ordered Yuasa to return to Japan. She made her way back through Siberia, carrying the spectrometer on her back, arriving in Japan just before it surrendered. However, the US occupying forces in Japan would not allow her to continue her research in nuclear physics, so she could only teach. In 1949, she returned to France as a researcher for the Centre national de la recherche scientifique (CNRS), where she remained for the rest of her career. 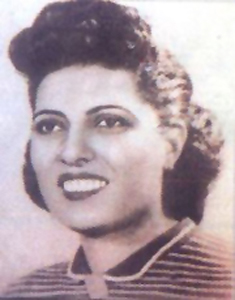 Sameera Moussa was an Egyptian nuclear physicist who worked on atomic energy and was the first women to be a lecturer at the University of Cairo. In the 1940s, Moussa discovered a way to split up atoms of cheap metals, such as copper, which would make the medical applications of nuclear technology much more affordable. However, against the backdrop of the second world war and the detonation of the first nuclear bombs, Moussa was keen to advocate for the regulation of nuclear technology. In 1952, she organised a conference on “Atomic Energy for Peace” which inspired the US program “Atoms for Peace”.

Moussa received a Fulbright scholarship and travelled to the University of California for further research. She was the first non-US citizen to be given access to the top-secret US atomic facilities, which caused some controversy. In 1952, she died when her car was driven off a cliff. Moussa is believed to have been assassinated as the driver was not found, and it is thought that he jumped out of the car. Raqia Ibrahim, an Egyptian-Israeli actress, was accused of murdering Moussa on behalf of the Israeli Mossad who were concerned at the idea of Egypt acquiring a cheap atomic bomb.

Purnima Sinha studied physics at the University of Calcutta in the late 1940s. During her time as an undergraduate, she was taught by Satyendra Nath Bose, who encouraged her to join his research group and undertake a PhD in X-ray spectroscopy. Sinha became the first Bengali women to receive a doctorate in physics in 1956. The PhD students worked together to collect scrap army surplus equipment which was readily available after the second world war to build equipment for their research. Sinha studied the structure of clay; later, she joined a biophysics department at Stanford University and found structural similarities between the geometries of clay and of DNA.

In addition, to her scientific pursuits, Sinha was an accomplished musician, painter and translated many science books into Bengali. In 1970, she published an anthropology book on Indian folk music. Sinha was actively involved in Bengali Science Association, which had been set up by Bose. After retirement, she also created an informal school for children of ethnic minorities.