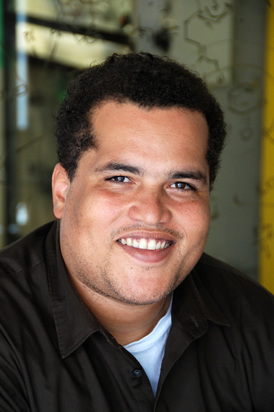 Hosea Nelson is in the Department of Chemistry and Biochemistry at UCLA, and works in organic methodology and catalysis.

Biology. Early in my career I became fascinated by biomolecules like DNA and protein enzymes. This led to a strong desire to have a more atomistic understanding of how they work and how they interact with small molecules. I found out quickly that I had to study chemistry to do this.

Valet parking. The second most fun that I ever had working. I did this when I was in my early twenties. I got to drive a lot of nice cars, had the opportunity to interact with cool people, and made cash tips. Working for tips can be fun.

We are working in quite a few areas of catalysis ranging from small molecule activation to asymmetric methodology. My dream is to develop reactions that are broadly applied to solve the many problems that plague humanity!!!

Albert Einstein. I may be naive when it comes to physics, but I view the theory of general relativity as one of the most insightful and creative additions to science. I love to rub shoulders with creative scientists…. Maybe some of their magic will rub off on me.

For music, the soundtrack to Superfly by Curtis Mayfield. For reading, Fear and Loathing in Las Vegas by Hunter S. Thompson.

Ken Houk. He could tell cool stories about Woodward.