Science is changing – and we will change with it, says Anastasia Greenberg 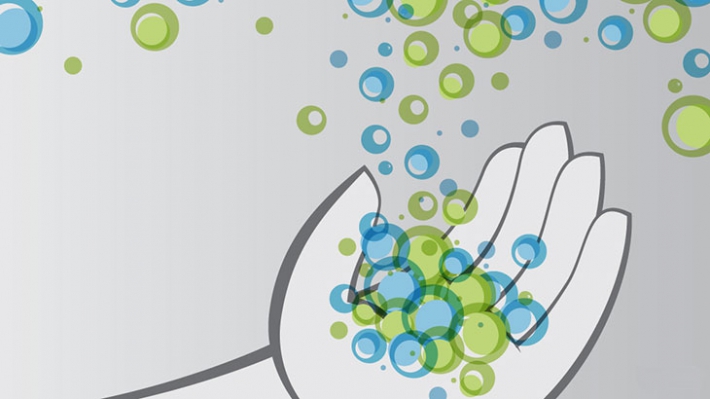 “Information is power. But like all power, there are those who want to keep it for themselves.” Those were the words of Aaron Swartz, a young programming prodigy and the creator of Reddit, in his Guerilla Open Access Manifesto. In 2011, Swartz wrote some code that systematically downloaded millions of academic papers from the JSTOR database onto his computer, which was hidden in a basement closet at the Massachusetts Institute of Technology (MIT). This act of hacktivism resulted in felony charges, with potential for decades of jail time. Swartz hanged himself in 2013.

To some, Swartz’s story embodies the open-science movement, but it is far from clear what his motives for downloading JSOR’s database were, and which, if any, segments of the open science movement Swartz identified with.

What is clear, however, is that the data wars are not over. In May, the Economist claimed that “the world’s most valuable resource is no longer oil, but data”. In this new global economy, science is a resource with owners and beneficiaries. For most academic researchers, peer-reviewed publications remain their most important production output. But the current system of academic publishing is somewhat convoluted. Governments fund a hefty portion of scientific research with taxpayer money (although public research funding is on the decline), but since many journals are private entities, taxpayers, and even policymakers, don’t have free access to the final products of research. To complicate the situation further, a website called Sci-Hub has sprung up in recent years, offering the largest database of pirated academic literature.

This battle over science is changing the scientific landscape. Fifty million papers are downloaded every year from Sci-Hub, with the largest volume from places that have poor access to journals such as Iran, India and China. The Sci-Hub homepage features quotes from scientists: “If it were not for Sci-Hub – I wouldn’t be able to do my thesis in Materials Science” reads one. Sci-Hub just lost a $15 million lawsuit against Elsevier for illegal hacking. As Swartz’s legal battle demonstrated, when science operates under the sphere of functional governance and legal structures, copyright infringement has its consequences.

Before the advent of the modern scientific journal after the Second World War, science was virtually closed off from the public eye. Scientists exchanged written letters describing their latest findings and occasionally gathered face-to-face at small meetings. When the Royal Society began publishing articles in the 17th century, they were printed using cheap materials, wholly lacking aesthetic appeal, with very long publishing backlogs. Following the privatization of the scientific publishing process, journals became the standardized golden pedestals that housed and nurtured the aggregate scientific knowledge of humanity. These “brand name” journals injected much needed prestige into the whole endeavour, bringing science to the world stage.

Despite tension and myriad conflicting interests, science as a whole appears to be moving in the open direction. Preprint servers such as arXiv and bioRxiv provide an open source platform for scientists to upload their work before publication in traditional journals, and as a result of their popularity, some journals have updated their policies to exclude preprints from violating the longstanding rule against prior publication. Private journals can therefore be part of the solution in making science more accessible while balancing interests of various stakeholders across the scientific landscape.

Governments have moved forward as well. In Germany, negotiations with publishers are taking place under Projekt Deal to ensure open access of German-authored articles.

The open science movement is not homogenous — it extends beyond mere journal access to include the entire scientific process. Platforms like arXiv and bioRxiv do away with the peer-review process. Open science may mean post facto peer-review, perhaps a “Yelp for science” whereby scientists could rate papers openly after publication. Open science also challenges the very measures of scientific impact, traditionally solely based on article citations. A tool called Altmetric tracks engagement with scientific work using metrics such as social media sharing, downloads and blog discussions.

Open science is also remapping the scientific career path and the meaning of “scientist”. Researchers from the University of Washington designed a computer game about protein folding and invited gamers to play. Within weeks, Foldit gamers solved the molecular structure of a retroviral protease responsible for reproduction of an AIDS-like virus. The work was published (behind a paywall) in Nature Structural and Molecular Biology, with the Foldit gamers as co-authors. Another game, called EyeWire, calls on such “citizen scientists” to work alongside artificial intelligence to reconstruct detailed neuronal networks.

The open science movement can be thought of as an emergent phenomenon, with individual open science proponents holding specific values and working towards specific initiatives, lacking an overarching goal or direction at the network or global level (but there have been efforts to address this).

The traditional scientific career path is an uphill battle for the researcher as she tries to overcome the obstacles: from hopping over that journal access paywall to weaving through the challenging peer-review system. Veering off of this prescribed path is considered scientific defeat. Open science carries the promise of breaking down the barriers and opening borders, creating a vast landscape for the scientist of tomorrow. There will still be many peaks and valleys to conquer, but the emancipation of science will bring flexibility to the entire scientific undertaking. Key players in the ongoing debate — like big-name journals, governments and individual scientists — can be part of this change. Those who choose to remove themselves from the debate may fall off the map. Anastasia Greenberg is a neuroscientist turned law student, currently working on her international law degree (B.C.L/LL.B.) at McGill University in Montreal, Canada. Anastasia obtained her PhD in Neuroscience from the University of Alberta in Edmonton, Canada where she studied the effects of rhythmic electrical stimulation on neocortical activity in the context of sleep-dependent memory consolidation. She then decided to pursue an unconventional path with her current legal education in the hopes of bringing scientific thinking and empirical-based practices to legal and policy decision making. You can find Anastasia on her website, LinkedIn and Twitter.

Do it for science – not for tenure